Five cigar trees grown by the Erdőtelek Arboretum were planted by students of the MATE Károly Róbert Campus in the yard of the Károly Róbert Student Hotel yesterday afternoon. The idea was initiated by the staff of the International Relations Office - Dóra Póka and Barbara Bíró Tátrainé.

Foreign students studying on campus were the first to support the initiative because they really liked the idea of ​​being able to commemorate their years in Gyöngyös in this way. By the way, tree planting is not only a nice gesture and a good community building activity that symbolizes working together for the Earth, but also a very useful thing. In addition to converting carbon dioxide into oxygen during photosynthesis, nourishing the earth, they also provide habitat for many animals and protect the soil from wind erosion. 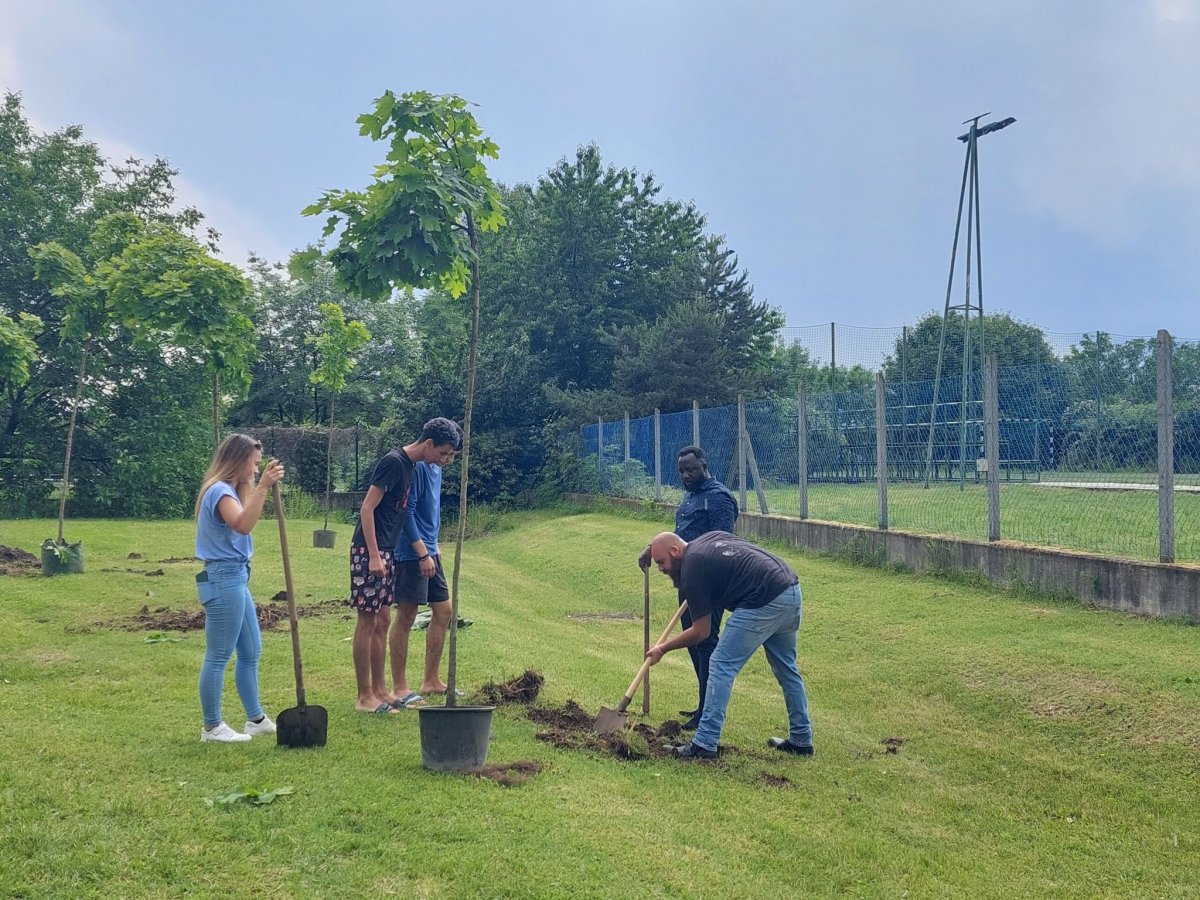 One by one, the trees moved into an area that students passed by day in and day out. Campus staff dug the pits together with the students and then planted the cigar trees together. Even the summer rain from time to time did not frighten them.